Yesterday we began this story (see it here). You heard about Dr. Benjamin Rush, the Father of American Psychiatry, who was one of the most vocal critics of Washington’s handling of his troops.

This was the same Benjamin Rush who, all evidence to the contrary, championed bloodletting as a miracle cure.

I’m sure the leeches loved him. Rush insisted you could remove up to 80% of a person’s blood with harming him. No wonder fellow physicians called him the “Remorseless Master Bleeder.” No wonder today’s psychiatrist call him “father.” (These “modern” doctors champion shock treatment and implanting permanent wires in people’s brains to deliver shocks throughout the day.)

That was the kind of man who sought to remove George Washington as Commanding General.

But he was not alone. One of those trying to undermine Washington was an ambitious foreign officer named Thomas Conway. In a letter to Congress, Conway boasted of his skills and asked for a promotion to major general – skipping right over many men more senior.

Meanwhile Conway was spreading lies and rumor about General Washington. He was heard to say, “as to his (Washington’s) talents for the command of an Army, they were miserable indeed.”

When Washington heard of of Conway’s letter to Congress, he sent a letter of his own. Part of it was, “General Conway’s merit, then, as an Officer, and his importance in this Army, exist more in his own imagination than in reality.”

He also wrote that “it is a maxim with him, to leave no service of his own untold.”

George Washington learned of a letter written by Conway to General Horatio Gates that called Washington a weak general.

Washington wrote Conway to let him know his letter had been exposed.

Conway wrote back and lied, saying he never called Washington “a weak General.”

He compounded his mistake by saying that while he considered Washington a “brave man,” He thought he was “influenced by men who were not equal to him in point of experience, knowledge or judgment.”

Typical of a backstabber, Conway thought his covert remarks would work with Washington.

They did not: Conway had not only disparaged the General, but now his staff as well. Washington had too much integrity to not see through Conway’s scheming.

It took time, but ultimately Conway had to resign. He kept spreading his criticism, though.

Finally, an ally of General Washington put an end to it. General Cadwalader challenged Conway to a duel. The plotting Conway was badly wounded during the duel, and it was the end of his treachery. The Battle of Gettysburg was 1 of the bloodiest battles in all of the Civil War.  Here are some interesting things to know about the Commander General Lee and the Headquarters…

Gen. George Meade made his headquarters at the home of Lydia Leister, a widow with six children.   As the soldiers approached, Lydia left her home, returning after the battle to find her house severely damaged from iron and lead, and her yard dotted with dead horses. General Lee made his headquarters at a stone house on Seminary Ridge along the Chambersburg Pike occupied by a 70 year-old widow, Mary Thompson. Mrs. Thompson remained in her home throughout the battle, despite its proximity to intense fighting.

Federal soldiers who retreated from McPherson’s Ridge on July 1 fell back to a new position on Seminary Ridge.  The Union line crossed the Thompson property and extended to the north and south. Union artillery under Lieut. James Stewart was placed in front of the Thompson House, supported by three regiments of Pennsylvanians.

A private from the 143rd Pennsylvania recalled that their regiment formed by the fence “at the old stone house.” Stewart’s artillery hit five regiments of Alfred Scales’ North Carolina Brigade, and with close range canister fire, repulsing the Tarheels for the first time in the brigade’s history, reducing one regiment from 180 men to only 30. Although the Union center held against Scales’ brigade, the elements of Rodes’ and Pender’s divisions had crumbled the flanks of the Union First Corps.  Col. Abner Perrin’s brigade then crashed through the heavy Union artillery fire into the center of the line and forced the Union First Corps to retreat.  The position around the Thompson House was the last that Union troops held north of town on July 1.

In the midst of the retreat, many ran down the railroad cut that ran near the Thompson House, an act which proved disastrous when their escape route was cut off by the victorious divisions of Pender and Rodes.  Of the 28 infantry regiments of the First Corps 24 of them had 50 or more men captured, for a total of about 2,000 men.

When Gen. Lee arrived at Seminary Ridge on July 1st, his army had routed the Union forces, and he immediately established his headquarters at the Thompson House.  Four guards were placed around the house, and Lee’s staff members and officers made their camps nearby. Lee took his meals in the Thompson House and even slept there on July 1.

Due to the intensity of the battles on July 2 and 3, Lee spent little time at his official headquarters, yet the tents of his headquarters staff remained there and all incoming messages for Gen. Lee were sent to the Thompson House.

In the aftermath of the first day’s fighting at Gettysburg, dead and wounded men littered the fields around Seminary Ridge.  The proximity of Mary Thompson’s house to the heaviest fighting of the day meant that wounded men, from both sides, were taken to her house.   Mary remained at home throughout the battle and cared for the wounded men, using all her clothes and bedding as dressing for the wounded, and wrapping the dead in carpets.

Owing to its central location, Confederate artillerymen found the ridges near Lee’s headquarters to be an admirable artillery position. Early on July 2, two Confederate batteries under Capt. Willis J. Dance were placed near the Thompson House along Seminary Ridge, where they were joined by Capt. Benjamin H. Smith’s Battery of three-inch rifles.  Gen. Junius Daniel’s North Carolina brigade supported these guns, which opened fire on Union batteries at 4 o’clock and continued the bombardment until dark.

On July 3, the area around the Thompson House was once again a center of activity as Watson and Smith’s batteries were taken from their positions and moved south down Hagerstown Road to support the grand Confederate charge that afternoon.

After the Battle of Gettysburg, thousands of visitors poured into the town, many eager to see the small house where Gen. Lee had made his headquarters.  Mary may have been uncomfortable with her newfound prominence; she left Gettysburg for a short period after the battle, but lived in the house until her death in 1873.

In 1896, a fire consumed the inside of the home but left the outside intact.  In 1907, the longtime tenant of the home, Emma Feister, was arrested for “keeping a bawdy house.”  During this time, articles began appearing in newspapers that challenged the well accepted fact that Lee had made his headquarters at the Thompson House. The most serious allegation came in 1907.

Henry S. Moyer published an article stating that in the spring of 1874, a year after Mary Thompson’s death, he interviewed a woman residing in the Thompson House who stated that Gen. Lee had never been present there.

Moyer’s most substantial  evidence comes from a source he calls “a good friend,” who claimed that while speaking with Gettysburg historian, John Bachelder, Bachelder revealed that he had interviewed Lee, who stated that his headquarters were located in an apple orchard. The only evidence that this interview between Lee and Bachelder ever took place, however, comes from Henry Moyer’s 1907 article.

In 1833, Michael Clarkson, an enterprising Gettysburg businessman, purchased a tract of land along the Chambersburg Pike and built the stone house that 30 years later would become the headquarters of Gen. Robert E. Lee. Clarkson was a prominent figure in Gettysburg, and a close friend of Thaddeus Stevens, a significant player in early Gettysburg industry and politics.  Joshua Thompson, his wife Mary, and their eight children became tenants of the stone house.

Joshua was a habitual drunk who left Gettysburg and died sometime before 1850, leaving Mary to raise their children.  When Clarkson ran into financial trouble and his properties were put up for auction in 1846, Stevens acquired the house in which Mary Thompson lived .  It remained in his possession until his death in 1868.  Stevens had made a contract with Joshua Thompson before he died, and he purchased the house to ensure the welfare of Mary and her children.

After Henry Moyer published his article in 1907, some historians chose to believe Moyer’s description of Lee’s headquarters, ignoring the numerous accounts, such as written accounts from Lee’s staff members and Gettysburg residents, that name the Thompson House as Lee’s official headquarters.

In 1919, the Gettysburg National Park Commission erected a marker that placed Lee’s headquarters across the street from the Thompson House.  Inscribed on the marker is a quote from the Moyer article: “‘My headquarters were in tents in an apple orchard back of the Seminary along the Chambersburg Pike.’-Robert E. Lee.”

This quote was fabricated by the War Department and was never actually spoken or written by Lee.  Despite this marker’s falsification, the National Park Service’s position is that Lee’s headquarters were established in a small tent on the south of the Chambersburg Pike, along with his staff and aides.

Even though the house has been consistently referred to in first-hand accounts as Lee’s headquarters, and it was in the center of fierce fighting on July 1, the house was not purchased by the Gettysburg Battlefield Memorial Association, the War Department, or the National Park Service. It was converted into General Lee’s Headquarters Museum in 1921, and remained privately owned until 2015. After completing the acquisition of the property in early 2015, the Civil War Trust undertook an effort to restore the landscape to reflect its appearance on July 1, 1863.

Where do you believe General Robert E. Lee’s Headquarters REALLY was? No matter whether it was IN this house or in an apple orchard… we know that many men fought & died on this land and should be honored and remembered for their ultimate sacrifice.

Brought to you by UltimateFlags.com We love sharing stories about the Civil War to honor and remember those brave individuals for fought honorably and stood against tyranny. 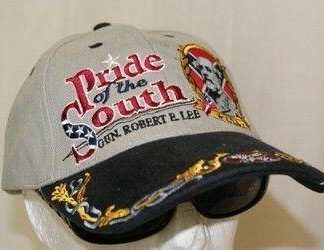 There are many different types and themes of flags that you can display. You can display these flags by using a flag pole or a flag stand attached to your house. Flag pole installation is relatively cheap and easy so you can put one in if you do not have one. Or if you are not interested in putting a flag pole in or getting a flag stand than you can hang up banner flags on your house. As you can see there are many different types of flags. There are three most common flags that hang on or by American homes. 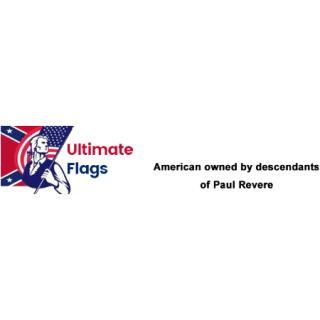 "Ultimate Flags is proud to sell flags of all designs including: American Flags, Trump Flags, Rebel Confederate Flags, Military Flags and flags of all designs. We also sell hats, stickers, pins and more! We believe every flag has it's own story and you should have the freedom to fly what's in your heart and mind. Whether you are looking for authentic, vintage, historical flags or just love to collect flags of all designs and sizes, we have many huge collections for you to choose from."